The Leaves of a Necronomicon

The Necronomicon. For centuries, scholars of the occult have sought out the darkly fabled tome, hoping to gain insight into the secret workings of the universeor simple brute power. What the book offered them instead was, more often than not, madness and devastation. Under the guidance of Shirley Jackson Award-winning editor Joseph S. Pulver, Sr., The Leaves of a Necronomicon traces the impact of a single copy of the mysterious work on its owners and those around them as it passes from hand to hand across the decades. The history is told in braided novel form, with chapters contributed by a gathering of outstanding horror and dark fantasy authors, including S.P. Miskowski, Michael Cisco, Damien Angelica Walters, Nick Mamatas, Anna Tambour, Jeffrey Thomas, and more. 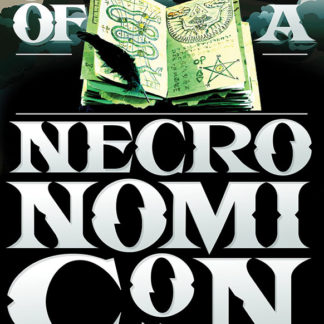 You're viewing: The Leaves of a Necronomicon $14.99
Read more