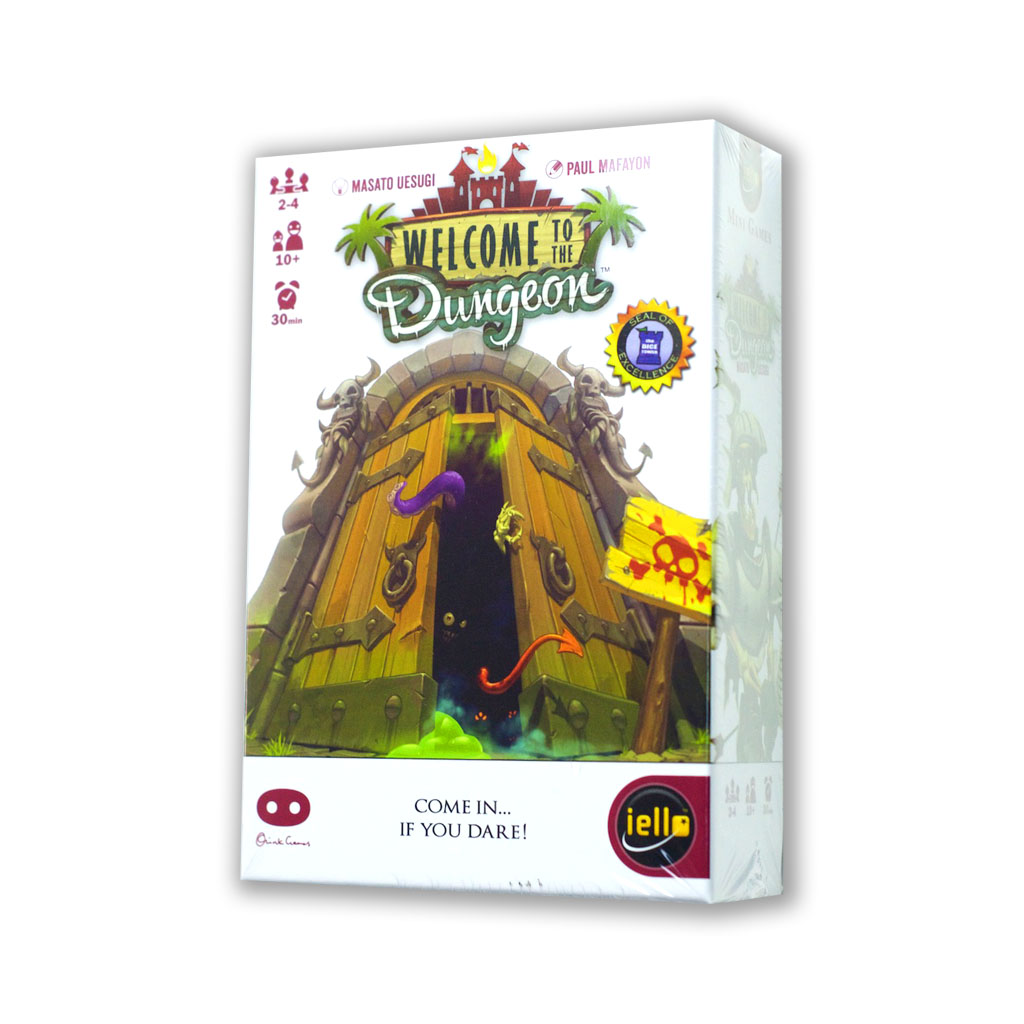 This is true when it comes to board and card games. There are a lot of great games that come in small packages. Micro games have a number of benefits including:

The base game of Coup is a great game for 2-6 players. The goal of the game is to be the last player with a card or cards. Each player is dealt two cards. There are 3 copies of 5 different cards in the deck so you use deduction to determine what cards are in play. Players say what action they are going to take based on the card they supposedly have. Other players can challenge them if they don’t think the player has that card. Cards are eliminated if challenges are successful or by card effects. Bluffing is a huge part of Coup and makes it a lot of fun.

I’m pretty sure I’ve played Coup more than any other game. It’s really easy to learn and is always fun to play.

Dungeon Roll is a press your luck game for 1 to 4 players where you try to get as many points as possible by delving into the dungeon and coming out of it alive and with items or experience. Pick your character card that will give you special abilities on your turn. On your turn, you roll dice that will be your delving party. A number of encounter dice are rolled depending on round. Dice in your party are used to defend against the encounter dice. You can press your luck and see if the dice remaining in your party can handle what’s next or you can return to town and collect your points. The total score after three delves is your final score.

Dungeon Roll is a lot of fun and easy to learn. The rulebook has section that gives you a certain achievement depending on the final score that you get.

Friday is a deckbuilding game for one player only where you play as Friday, Robinson Crusoe’s friend, trying to escape the island while surviving encounters with things such as natives, animals and pirates. As you play, you collect cards, or experience, that will help you with future encounters. At the end of the game, if you make it that far, you encounter two pirate ships that require a lot of experience and abilities that you gather along the way.

Friday is a quick and challenging game that can be played by yourself.

Fuji Flush is a card game that plays better with more players. You can play Fuji Flush with 3-8 players. The first player to get rid of all of their cards is the winner. Each card is a number. All players play any one of their cards to the table. If a player’s card is smaller than any other cards, that player discards their card and has to redraw a new one… unless that card matches others on the table and if the sum of those cards is greater than the largest card. In this way, players can gang up on someone playing a high card. There’s a higher distribution of lower cards so it’s more likely for players to gang up on others with high cards.

Gloom is really funny and easy to learn but may not be appropriate for small kids.

Love Letter is a small card game for 2 to 4 players that could easily be played in a couple minutes. There’s only 16 cards in the entire game. Players try to finish the game with the highest valued card. This game is all about deduction. The rules say to play until one player has won a number of times depending on the number of players, but you can just play as many rounds as you like.

Love Letter is so small that I carry it in my bag at all times. This game is a lot of fun and can be played with minimal space.

Roll for it is a really easy to learn dice rolling game for 2 to 4 players (up to 8 can play if you have two complementing copies of the game). Three cards are drawn and in play at all times where players need to match the dice on a card for them to collect the card. The more matches necessary on the card gives more points. You can quickly get cards with few matches or press your luck and try to get higher point cards that require more matches. The game ends when a player scores 50 points.

Roll for it requires very little space and is a lot of fun. We sometimes play this game while waiting for soccer practice to start or if we have extra time waiting in the car.

Star Realms is a two player deckbuilding game (it includes a multiplayer variant as well) where players try to knock each other out with different kinds of ships, bases and outposts. In Star Realms, player buy cards from the common center row of cards that they will use on later turns. There are two kinds of ships you can buy including regular ships and bases. Regular ships are used for the turn that they are drawn. Bases remain in play until they are destroyed or scrapped (removed from the game). In addition, each card belongs to one of four different factions. If a player plays two cards of the same faction during their turn, there’s usually a bonus effect that is applied.

Star Realms is my favorite deckbuilding game. The game is really small, is super easy to learn to play and is fast and easy to play multiple times in one sitting.

Sushi Go is a card drafting and set collection game for 2 to 5 players where players collect different kinds of sushi to have matching sets to score them more points. The game takes place over three rounds. Each player starts with a number of cards (dependent upon the number of players). Players pick one card and place it face down in front of them. After all players have done this, they reveal their cards and pass their remaining cards to the player to their left. Players continue doing this until there are no more cards. After cards run out, players count their score and move on to the next round.

When playing this game you have a tradeoff of building your own set of cards and preventing others from completing their set. This game plays better with more than 2 players.

Set in the Lovecraft Cthulhu Mythos, Tides of Madness is a two player card drafting and set collection game that plays in 20 minutes. Players try to collect cards that help them gain victory points. Matching suit cards give bonuses. Cards with Cthulhu tentacles give players madness tokens which can help or it can kill them if they have too much. The game is played over three rounds and the player with the most points wins.

Welcome to the Dungeon

This game is easy to learn and play and as you play you become better at estimating how long the character can last.