Station One is the second Data Pack in the Red Sand Cycle for Android: Netrunner, and it continues the cycle's exploration of the tensions between the Corps, Runners, and clan members of Mars.

With its sixty cards (three copies each of twenty different cards), Station One carries us to the primary hub for Bradbury Railway Co.’s mag-lev inductracks, a site that's crucial to the distribution of food, fuel, and raw materials across the resource-starved cities and nodes of Mars. The Martian colonists scattered across the planet’s surface rely upon its supplies for their survival. The megacorps terraforming the planet—and increasing their control over it—view the station as a vital hub for their financial investments. And the opportunistic runners of Android: Netrunner? They see Station One as a tempting target through which all the secrets of Mars must pass. 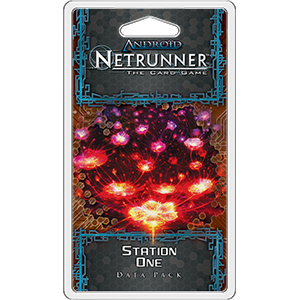