The city of Essen, Germany at the turn of the 20th century was a center for coal mining in Europe. Immerse yourself in the dark world of coal mining as you extract coal from pits, load coal to wagon trains, and then rail your coal off to distant locations in search of fortunes. 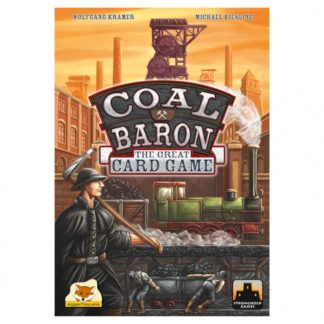