Galaxy Trucker: Another Big Expansion is just as big as the Big one – New tiles. New Support team to be hired to enhance your shipbuilding experience. New ship classes, including huge IVB ships.

Yes, you may also fly round IV, and you can be sure the cards are extra nasty there – especially the intruders that board your ship, wander around, and eat or blow up your stuff, unless your heroic crew beats them. Wait… that's a different game, right? Aren't we speaking rather about Space Alert now? Well… it seems this “let's board a ship and eat its crew” mode spreads pretty fast in the known universe these days, as with this expansion, it can happen also in Galaxy Trucker. 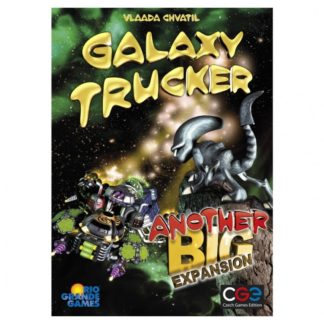