The smartest minds of our generation are gathering together at the Great Science Fair. Everyone`s been working hard on their creations, but only one will be crowned champion. Contestants will have to think on the fly, building their machines quickly and efficiently. Whose project will be the best? In Gizmos, players take on the role of inventors, trying to create the most magnificent of machines. Using the four types of energy marbles, plucked from the innovative 3D marble dispenser, they will purchase and construct new additions to their works. As they build, new attachments can trigger chain reactions, letting them do even more on their turn. The player that builds the greatest machine and collects the most victory points is declared the winner. 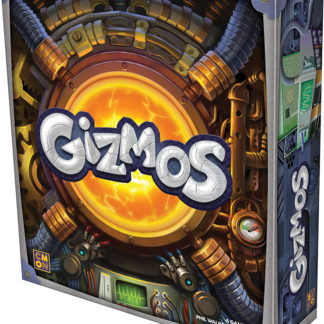