Minerva is the new elegant, tile-laying strategy game by lauded designer, Hisashi Hiayashi (Trains, Yokohama), where players compete to build the most flourishing city in the Holy Roman Empire.

To create the most prosperous city, players must race to build military and cultural facilities, construct temples and layout the city so that it is worthy of the temples they create.

And don’t forget that only building impressive structures won’t get anyone far without any inhabitants. The players will have to build living quarters so that the other buildings can have an effect, and a city can truly stand on its own. 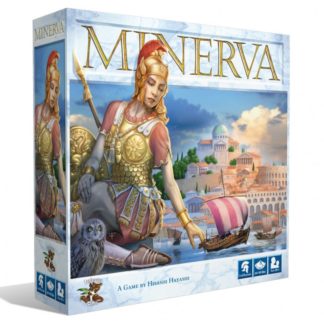