Sentinels of the Multiverse: OblivAeon

The heroes of Earth and beyond have fought against the effects of an unknown cosmic power for time immemorial – and prevailed. However, other realities and timelines have not been so fortunate. This entity`s sole purpose is to encroach upon the Multiverse and collapse all into a singularity which will self-implode, leaving naught but OblivAeon, the true heir to nothingness! Now, OblivAeon has manifested on Earth in this timeline to put an end to the pitiful resistance. One way or another, the Multiverse ends here! The final, climactic expansion to Sentinels of the Multiverse, OblivAeon features five familiar heroes serving as the last line of defense for the Multiverse, with a `Mission` deck full of quests the heroes embark on to gain allies and tools to aid them in the conflict, decks for Scions, Aeon Men, and OblivAeon, plus two environment decks and a comic book. 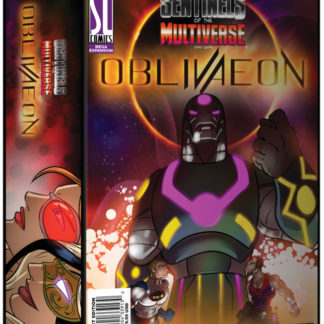 You're viewing: Sentinels of the Multiverse: OblivAeon $27.99
Add to cart