It was one of THOSE missions. The ones where they send monkeys into space to make sure it's safe for humans. Lucky for you, you're that crack simian space station crew, but the astronaut food isn't cutting it. There's only one thing to do — FLING POO, in Zero-Gravity!

Space Poo is a fast-paced game where players take on the role of monkeys on a space station in the middle of a poo fight. Your goal is to be the last monkey standing, who is also the cleanest one. But watch out! things can go wrong on the station and they spell disaster if you don't deal with them.

In stock (can be backordered) 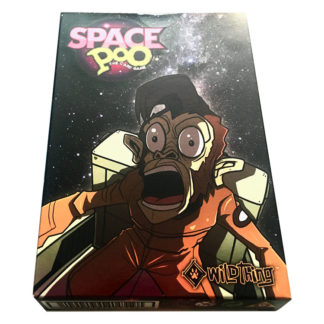 You're viewing: Space Poo The Card Game $7.99
Add to cart