Wrath & Glory has a brand new game system involving dice pools of d6 to represent your character’s abilities. The game focuses on highlighting brutal combat, fast action, and a deep immersion into the setting of the 41st Millennium. Take on the roles of characters from the Warhammer 40,000 setting, including intrepid agents of the Imperium of Man and even some of the classic alien races that populate the galaxy. 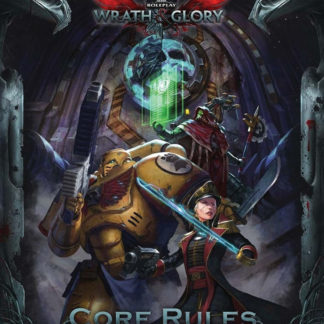