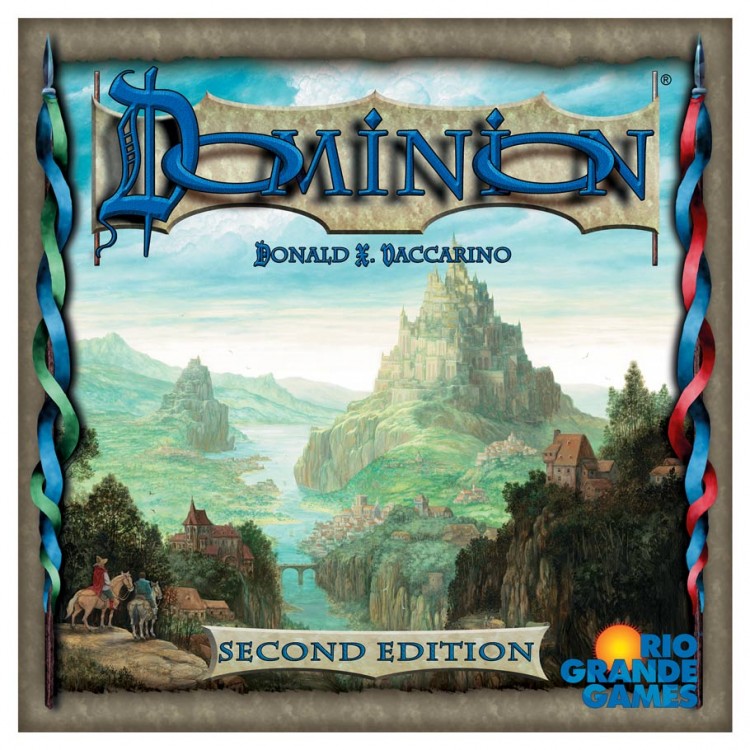 The Deckbuilding mechanic is generally used in card games although some games use things other than cards that you can build up such as dice or tokens. You typically start with a base set of cards and throughout the game acquire new to put in your pool of cards to draw from into your playing hand. When your deck runs out you reshuffle the cards. There’s usually a lot of shuffling involved in deckbuilding games.

The first Deckbuilding game was Dominion by Rio Grande Games. In Dominion, each player starts with 10 starting cards. On your turn, draw a hand of 5 cards. Over the course of the game you want to build up your deck by buying new cards with coins (some of your initial cards give you coins) and win the game by buying Victory Point cards. Some cards let you draw more cards, subtract Victory Points, etc.

Some other games have fighting like Star Realms, Ascension and Marvel: Legendary. Star Realms is a head-to-head generally two player game. Ascension has players fighting against the same bad guys and building up Victory Points as they go along. Ascension X: War of Shadows builds upon Ascension by having light and dark periods that can shift power temporarily. Marvel: Legendary is a semi-cooperative game where you and your teammates attempt to defeat a mastermind and his henchmen but has a competitive factor in that the player who gets the most points (by defeating bad guys) gets the most points.

Friday is a solo deckbuilding game based on the novel Robinson Crusoe. In Friday you play as Robinson’s friend Friday trying to survive encounters with bad things on the island and eventually fight the boss battle against two pirate ships.

Orleans is a deckbuilding game where you collect tokens instead of cards. The tokens represent followers that can be used together to acquire goods and build your trading empire.

Matthew and I love deckbuilding games and played Star Realms, Ascension X and Marvel: Legendary this year at GenCon. We agree that our favorite is Star Realms but we do play all of these games. The ones we’d consider really easy to play are Dominion, Star Realms and Ascension. Marvel: Legendary is an easy game as well but there’s a little more setup involved and requires some decisions on setup like what mastermind and his villans/henchmen to use, and which set of superheroes to use.