This expansion introduces the option of playing Blood Rage with 5 players and introduces the mighty Ram clan into Blood Rage! The game board supports this by simply not having any province destroyed by Ragnarök before the beginning of the game. However, more players need more cards, so this expansion box comes with 24 “Gods' Gifts” cards (8 for each Age deck). All of these cards have the “5+” players pre-requisite listed on them. While most of them are extra copies of cards from the base game, there are a few new ones, like the “Widespread!” Quest, where you need to dominate any two provinces. 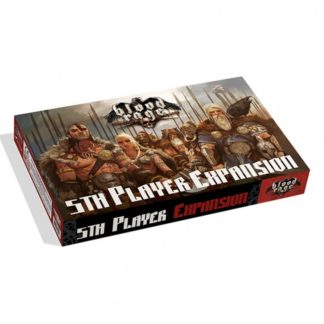