Diamonds is a trick-taking card game in which player try to collect diamonds – not cards bearing that suit, mind you, but acrylic crystals including the game. Whoever has the most diamonds at the end of the game wins.

The deck in Diamonds consists of sixty cards, numbered 1-15 in the standard suits. In each round, each player starts with a hand of ten cards. One player plays a card to lead to the first trick, and everyone else must play one card, following suit if possible. Once everyone has played to the trick:

Whoever played the highest card in the suit led wins the trick (as there is no trump). Each suit has a different “Special Action for winning the trick”, and this player collects the cards played, then performs this special action.

Everyone who did NOT play on suit takes the “Special Action for not playing in suit” specific to the suit they played. Again, each suit has a different such special action.

The player who won the trick leads a card to start the next trick. After ten tricks, whoever has taken the most tricks in each suit once again takes the special (winning) action for this suit; if players tie for the most tricks in a suit, no one takes this action. If a player has taken no tricks, he performs a different special action. Players then start a new round, if needed. 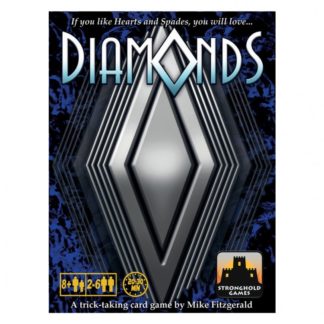