You’re the best around, now prove it in the ring.

With hushed tones, Senseis talk about the Dojo Kun. Most only know about it from myth, but the martial arts contest is real. Having your school participate is a high honor. However, only one will have their student standing in the final
inner’s circle.

In Dojo Kun, players take on the role of Senseis of their own dojo. They must recruit and train students in various forms of martial arts, preparing them for competition, as well as building expansions to their dojo and doing quests for the local villagers. These will gain honor for their dojo. The school with the most prestige points will be declared the winner. 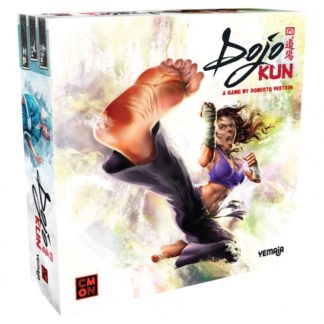