Erefel spent many years trying to find ways to make life easier for the worshippers arriving to the island. After traveling far he found a more advanced culture, which had developed roads that would survive even the harsh conditions of the island of Dokmus. After presenting his findings to Dokmus, Erefel was allowed to return to his position.

This is an expansion! Dokmus is required to play. 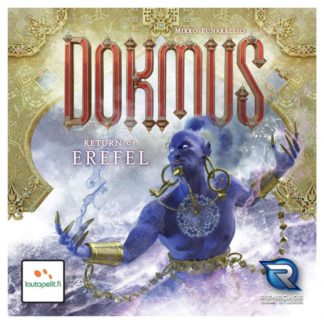