Labyrinth takes 1 or 2 players inside the Islamist jihad and the global war on terror. With broad scope, ease of play, and a never-ending variety of event combinations similar to GMT's highly popular Twilight Struggle, Labyrinth portrays not only the US efforts to counter extremists' use of terrorist tactics but the wider ideological struggle–guerrilla warfare, regime change, democratization, and much more. Labyrinth features distinct operational options for each side that capture the asymmetrical nature of the conflict, while the event cards that drive its action pose a maze of political, religious, military, and economic issues. 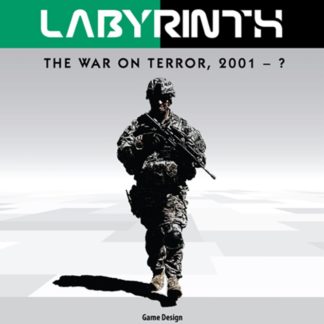