Race for the Galaxy: The Brink of War

The Brink of War is the third expansion to Race for the Galaxy and requires both earlier expansions (The Gathering Storm and Rebel vs Imperium).

Each round the player(s) with the most prestige earn an additional victory point and possibly a card. Each prestige is worth one victory point at the end of the game, and many of the new cards allow prestige to be spent (for victory points, cards, or other effects). Additionally, a new “once-per-game” action is introduced that allows the user to search the deck for a card meeting a specific stated requirement, or to enhance the bonus the user earns in a round (at the cost of one prestige). 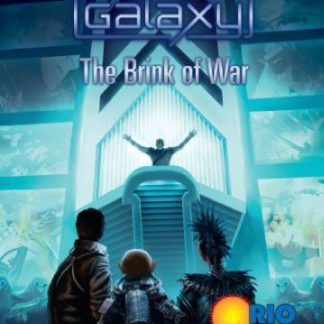 You're viewing: Race for the Galaxy: The Brink of War $19.99
Read more