Accuse and defend your fellow townsfolk as you hunt down the witches of Salem. Act fast, before conspiracy turns you against your own.

Players are given 3-5 Tryal cards (depending on the number of players). These Tryal cards reveal the true identity of each player, “Witch” or “Not a Witch.” During gameplay, players gather cards that they use to accuse, or defend, other players. Deciding who to trust is key to survival, since you can never play a card on yourself. When you suspect someone to be a witch, you can begin accusing them with red accusation cards. When enough accusations have been placed on one of the players, the player who lays the final accusation chooses one of that player's Tryal cards to reveal. Once all “Witch” Tryal cards have been found, the villagers of Salem win.

Will you be the hero who purges your town of witches, or will you be wrongly accused and hung for witchcraft? Or perhaps you will be a witch yourself, escape conviction, and bring Salem to the ground. 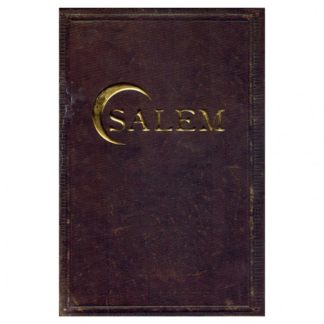