The year is 889, the location, Granada, Spain. Builders from all over Europe and Asia have come to seek employment constructing the famous gardens of the Alhambra. carefully design your layout with walls, fountains, buildings and gardens. Use your money wisely and build the best gardens to win the favor of the Emir.

One big box containing the Alhambra base game plus all five of its current expansions. Its packaging is designed to store the expansions separately. 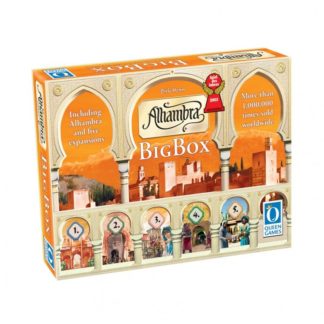