In El Grande, Five powerful members of Spanish nobility, Grandes, vow to spread their influence throughout the various regions of 15th century Spain. Players will recruit and deploy Caballeros, influence the King's movements, and participate in intrigue that will shape the country of Spain for centuries to come.

This Big Box edition not only brings back the beloved El Grande base game, it also contains the 6 following expansions: 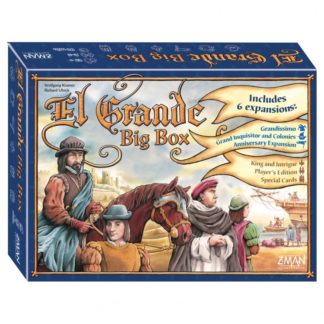