In Royals, players take on the roles of the great noble houses of the 17th century, fighting for supremacy in Europe at that time. With the help of the right country cards, they occupy influential positions and obtain bonuses for this in the form of victory points. The higher the rank of the title associated with the position, the more country cards required. Already-occupied positions can be contested by playing intrigue cards.

Royals utilizes set collection, territory control, and influence mechanics to provide a colorful, engaging, and exciting game! The game is easy to learn, and turns are fast. It has engrossing strategy that will keep all players on the edge of their seat and engaged throughout. Plan you moves carefully, but watch out for your backstabbing opponents! 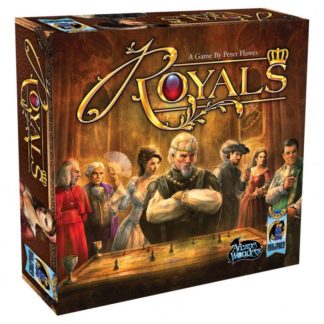