Valley of the Kings: Last Rites

When you die, you can take it with you!

Take on the role of Egyptian nobles at the time of the pharaohs, preparing for their death and
burial in the Valley of the Kings. Using an innovative deckbuilding mechanic with a crumbling pyramid, players fill their tombs with jewelry, chambers, weapons, tomb art and other
treasures. The player who collects the most valuable artifacts in their tomb wins the game!

Can be mixed with the original Valley of the Kings to play with up to 6 players. 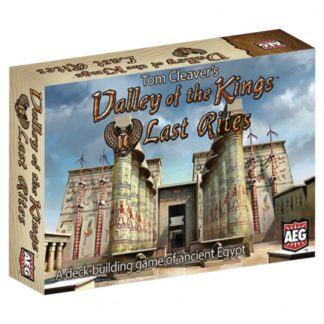