The signature starship of the young and ambitious bounty hunter Ketsu Onyo, the Shadow Caster was agile and powerful, but lightly shielded, trading heavy ray shielding for speed. Both the ship and its pilot make their way to X-Wing in the Shadow Caster Expansion Pack, along with three other pilots and twelve upgrades that afford you myriad options for outfitting your Shadow Caster with different crew and illicit upgrade combinations.

Finally, the ship boasts a mobile firing arc, which offers some of the advantages of a turret, even while preserving a distinctive – and more point-efficient – play style.

This is not a complete game experience. A copy of the X-Wing Miniatures Game Core Set or The Force Awakens Core Set is required to play. 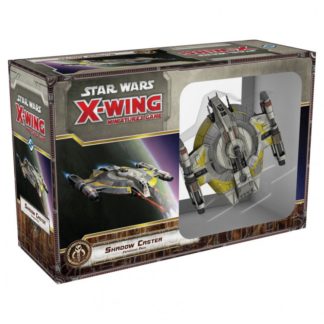